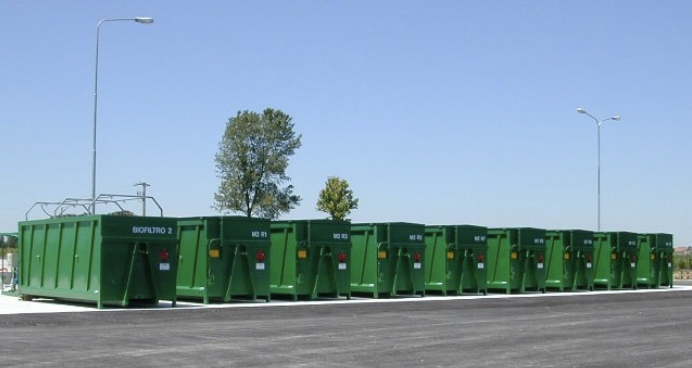 The growth of Entsorga’s European market received  further momentum with the recent Licensed Contract signed with the company Elkoplast for the production of Ladybirds®, the first system of container reactors patented over 20 years ago and which has since become a symbol of our Group all over the world.

Thanks to the agreement with Elkoplast, which was already a supplier of ours in the construction of the plant in the County of Timis in Romania, Entsorga will be able to make a significant increase in the north-east of the continent in the development of pilot plants for the treatment of the organic fraction of waste in a simple and accessible way.

Easy to install and with a very low environmental impact, the Ladybirds® represent in effect the entry level for all the requirements of composting and biostabilization, before sending to landfill.
Reliable and flexible, they permit an acceleration of the aerobic fermentation phase thanks to a modular system of reactors, a biofilter and an insufflation  plant, controlled by an automatic software that monitors the principle parameters of the process.

The start of the collaboration with Elkoplast will officially begin next spring, with the construction of the first plant- formed by 3 Ladybirds® and a biofilter – in Slovacchia.