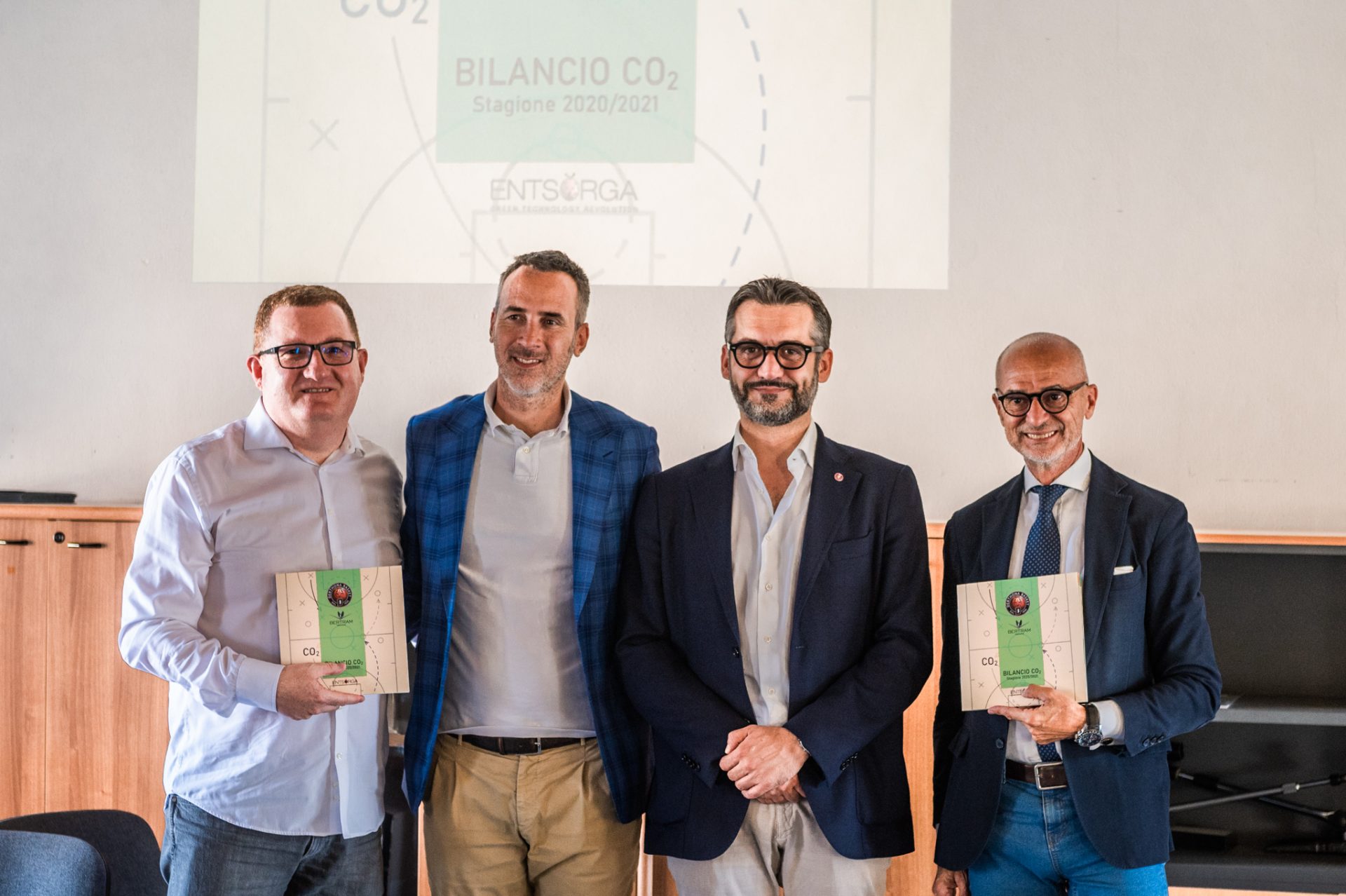 Like all human activity, sports also leave an environmental footprint on the planet. A footprint that, Bertram Derthona Basket, our territory’s team, will be the first in the Serie A championshship to wipe out, thanks to its collaboration with the Entsorga Group.

The project, ambitious and challenging, christened “LET’S SQUASH CO2” was presented in the Sala Romita of the Townhall of Tortona on Wednesday, June 29th, at 11am. The attention paid to green and sustainability is important in the daily activity of Bertram Derthona, always attentive and ready to send out messages that aim to develop initiatives that have a strong social value. The project “LET’S SQUASH CO2” can be placed in this context which the Club has developed over these last months together with Entsorga, a partner which has analysed the consumption data provided by the relevant entity regarding the season 2020/21.

The conference began with an intervention by Marco Picchi, President of Bertram Derthona, which was then followed by that of Gian Francesco Galanzino, CEO of Entsorga, and Ferencz Bartocci, CEO of Bertram Derthona. The institutional closure was entrusted to the words of the Mayor, Federico Chiodi.

These were the words of Marco Picchi:

“We wish to thank Entsorga and Gian Francesco Galanzino, who is one of our keenest partners. Today is a particular day because the 29th of June will remain in all our memories as the anniversary of Competition 5 which took us into the Serie A for the first time.  In recent years, Derthona Basket has grown increasingly on the court, for the level of its players, of its opponents and the competitions in which we participate, but it has grown also outside the court. In particular with regard to the number of partners who have joined our project. With Entsorga, the bond between the Club and the Company was born out of a shared vision which included aspects and projects: this then led to the fact that we have our people who take part in projects branded by our partners, and our partners who come to our matches. Today, I would like to declare once again our appreciation for those people who have opened up to us worlds previously unknown, as in the case of Dr. Galanzino, with whom we found ourselves aligned on the subject of sustainability which is at the centre of of the industrial plan of the Gavio Group and consequently of our Club. I like to think that this is but a first step in a series of initiatives that Derthona Basket and Entsorga will set up in the years to come”. 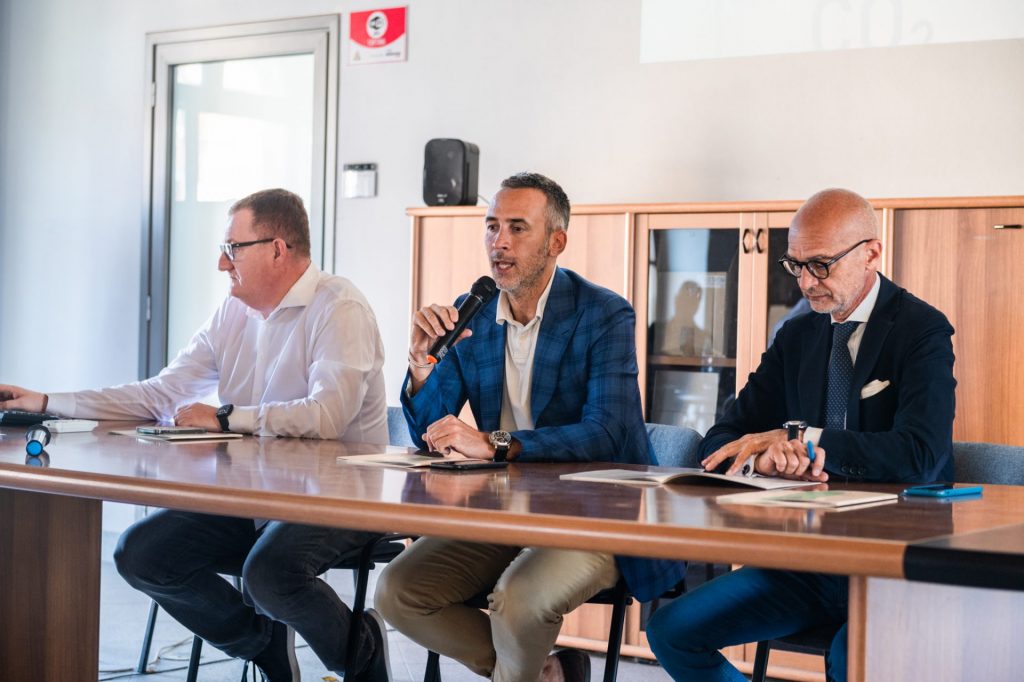 These were the words of Gian Francesco Galanzino:

“We were enthusiastic to develop this initiative that involves Derthona Basket in an idea that is somewhat revolutionary for the territory: to become carbon zero. The Club immediately understood the importance of this project, structured in three steps: first of all, it was necessary to understand how much impact Derthona Basket has on the planet, through the collection of consumption data for the season 2020/21; then we had to neutralize the footprint which can’t be reduced through carbon credit certificates internationally certified and donated by Entsorga for “Let’s squash CO2” and become Carbon Neutral. Together with Derthona Basket we defined our goals for 2021/22 and the KPI to reduce emissions in 2022/23. But what does it mean to people who are not experts in this field that the team wiped out the 35 tons of CO2eq produced? It’s as if Bertram Derthona Basket had planted 1.600 trees on a surface area equivalent to 34 basketball courts! I am happy and trustful that Derthona Basket can play an important role in the field of sustainability so as to render our territory even more attractive. We, at the Entsorga Group, have always dedicated the greatest of attention to the subject of sustainability: we have just approved the publication of our sustainability report 2022, a document that is not required by law, but one that we consider essential in order to demonstrate transparently our commitment to the sector of the ESG criteria.”. 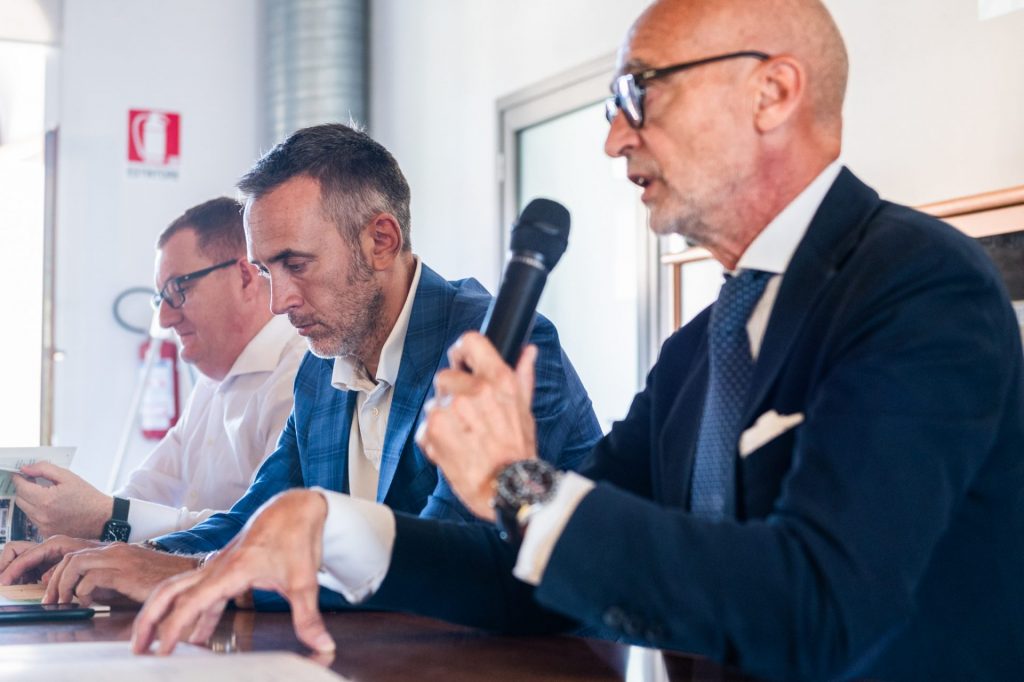 “The first time that we met with Marco e Gian Francesco, we became immediately fascinated by the idea of being involved as a Club. During the pandemic, we started off with the project ‘Let’s plant the Future’, while on the court we tried to entertain our fans who weren’t able to come to the stadium. Everything culminated in the fantastic evening of June 29th in Turin and the great party in the town. Working with the idea of protecting the environment is an absolute priority, we are working concretely in this direction: on site, thanks to a partner of ours, we have replaced all the printers with cold printers, we are modifying the car fleet with plug vehicles as they have the possibility to become electric. We believe that we can change the world with small gestures, we want to involve the first team in this activity with pills of wisdom.  We are also studying the optimizing of the trips to Casale Monferrato for our fans, by trying to do everything necessary in the right measure without waste. We wish to thank the Gavio Group, our partners, the people who work for the Club and all our fans who support us with passion. The Club would like to involve all the sector at 360 degrees, at a social level, involving the Polisportiva and the voluntary associations in the area. We are at everyone’s disposal. With our platform we can help others and ourselves, we hope that also the LBA and other clubs will follow the input that we have made with the project developed together with Entsorga”. 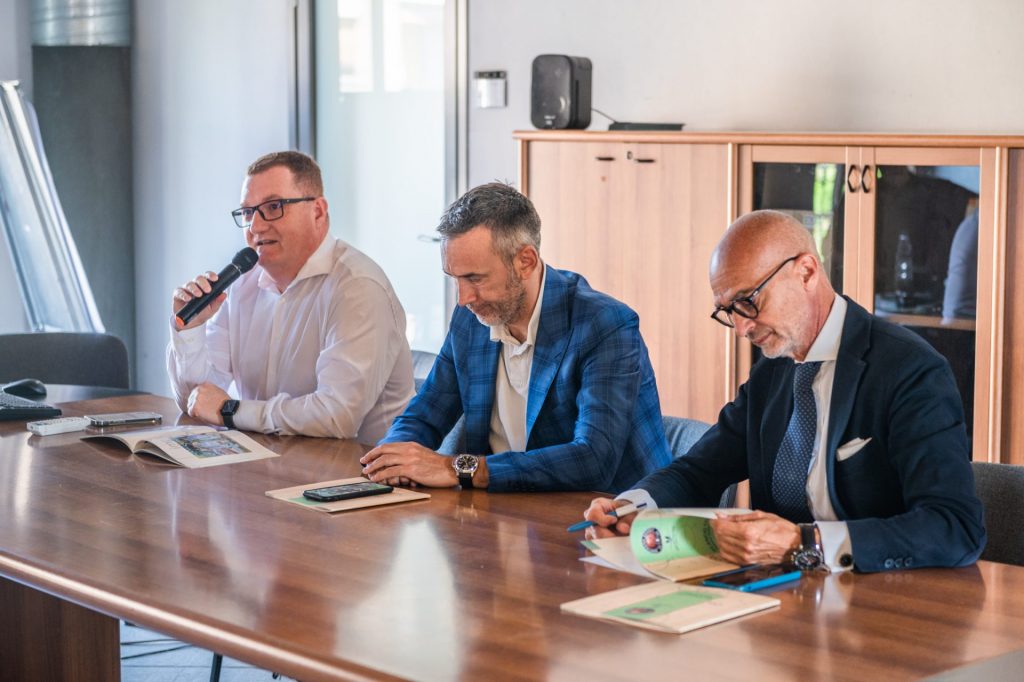 The project that was presented represents therefore the first step shared between Derthona Basket and Entsorga, two realities in the territory united by the same vision and the same attention to the subjects of green and sustainability.