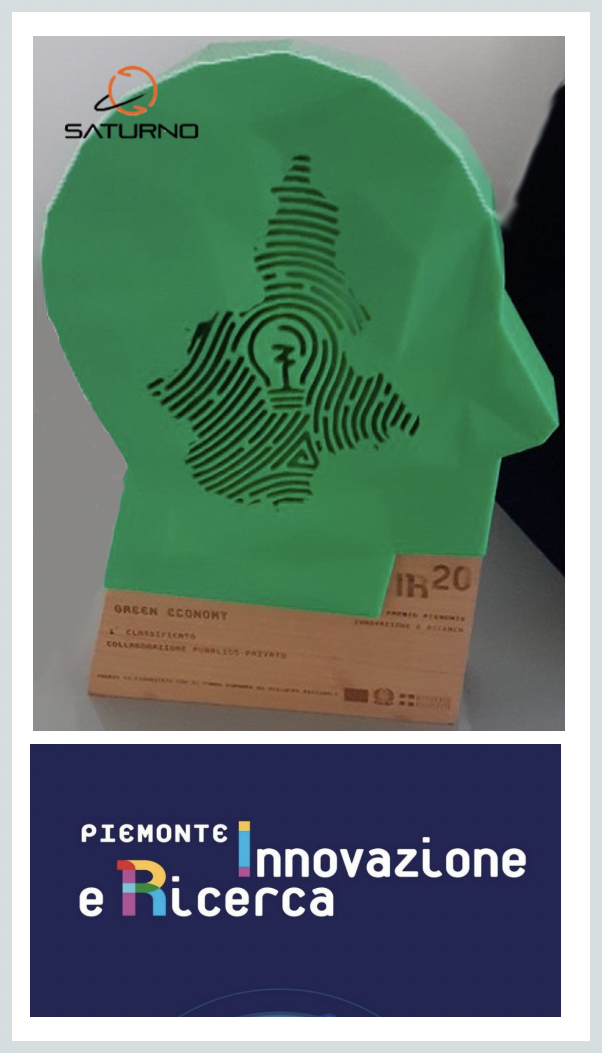 The Oscar for research and development , the IR20 award of the Piedmont Region, has been awarded to the circular economy project that we are developing with Asja as leaders and together with 22 other partners among whom are industries , research centres and Universities. Saturno won the “public-private collaboration” category included in the “Green Economy” sector.

The award ceremony was held inside the splendid frame of the Egyptian Musuem in Turin, as part of an evening event hosted by Marco Berry.
Doing the honours of the house was the President of the Museum, Evelina Christillin, who handed out the prize with this motivation:
“ The project has a particular merit in that it is based on research through an integrated coming together of industrial actions that are both innovative and experimental; a concrete solution to a problem that is particularily pressing which is that of reducing CO2 emissions”.

An award, as was underlined by the regional Assessore for innovation Matteo Marnati, “that is intended to be a recognition of those companies which in Piedmont are investing in research and innovation in two strategic sectors like the green and health economy. As a result of the pandemic, we have recognised just how important innovation is for our companies and, today more than ever, the increasingly important role it has for our economic recovery. However, many of the innovative milestones reached by our Piedmontese businesses were for the most part unknown to the citizens. For this reason, an award was created to celebrate Piedmont as it evolves”.

As Entsorga we are proud and honoured to have received this recognition, which serves to motivate us to continue with even more determination to reach the challenging goals of the project.